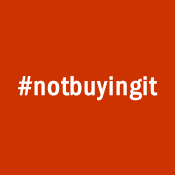 This is the a quote by Marie Wilson, President and Founder of The White House Project and the tag line for Jennifer Siebel Newsom’s documentary, Miss Representation.  I think it succinctly portrays the message we should all walk away with from this film.

Miss Representation looks at the media’s impact on American’s perceptions of women, their bodies, women in power, and how that’s translated to others, including younger girls. And it does start young.  There were multiple examples in the film of girls suffering from perceived social pressure to fit a certain image.

When we first saw this movie on OWN, I thought there is little to be done in terms of discrimination against women as most of those battles were over in the 60’s.  Having a daughter, I have seen some things concerning me, but didn’t connect all the dots to truly see the size and extent of the issue.  This movie is a powerful reminder of not only how far we’ve come but how much further we have to go.  We seem to have regressed in many areas in terms of equality for women and need this to bring this topic back into the public discourse.

These girls in this movie reminded me of some of my own daughter’s experiences in school.  In kindergarten, some of the girls had a designer jean club, where you had to own jeans made by a specific designer to be accepted.  During her 3rd grade, one of her female classmates was featured in a front page newspaper article about the new business of tanning for young girls, presenting this as a great new business opportunity.  My daughter came home upset one day from grade school because one of her best friends said she couldn’t be president because she was a girl.  In high school, participating in an exercise called Cross the Line, I was stunned by the number of girls who said they were harassed for their appearance (skinny, fat, etc.), called a slut or pressured for sex.  We see our high school test scores, showing girls scoring significantly lower than boys in science and math.  My daughter is an avid video game player and I am always stunned by the representation of women in most of these games dressed in skimpy clothing.

The statistics quoted in the movie are frightening: 78% of girls hate their bodies by the age of 15. 65% have an eating disorder. 17% cut themselves, the number of cosmetic surgical procedures performed on youth 18 or younger more than tripled from 1997 to 2007. Among youth 18 and younger, liposuctions nearly quadrupled between 1997 and 2007 and breast augmentations increased nearly six-fold in the same 10-year period.  Woman are 56% of the population, yet only 17% of Congress, 3% of Fortune 500 CEO’s, hold only 3% of clout positions in media and are 7% of directors and 13% of the film writers.  Yet somehow we hold out the few examples, like women CEO’s at HP and IBM, and claim the glass ceiling is no longer.

Another point made by the movie is that these biases do not just negatively impact women, but also men.  Men are being taught that the definition of manhood and what it is to be a man is to be above women.  For me, this results in the drive for our male leaders to be the aggressor or the decider rather than to be thoughtful before taking actions.  This defies the research that show the most effective company leaders are not those macho leaders everyone assumes to be successful.

The real question is what can we do about this?  I think the movie makes suggestions that are weak, such as supporting movies directed by women.  For me, its working on committees to direct the high school’s programs to support females in science and math, changing instruction to match all students’ needs.  We are also working with the schools to be more accepting of all, no matter the appearance, sexual orientation and bought a copy of this movie to be shown at the high school.  Lastly, I think it is a matter of being much more educated in how to objectively view media and not take the messages at face value but delve deeper into seeing what biases are being presented to us.  For me, that was the strongest message of this movie, we all really need to take the time to filter all of the messages being thrown at us by those multiple media outlets we’re all exposed to.

avid Monahan is a serial entrepreneur as well as a stay at home dad.  He has been involved in starting up 5 companies, ranging from fiber optics to pre-school toys and has coached others in all aspects of starting a company.

He is in the early stages of kicking off his newest venture,  an artisan, organic distillery.   Of all of his past and present job roles, his most important  is to be the stay at home parent for his beautiful 16 year-old daughter

So many great causes to support and the Lymphomathons are another great way to support a worthy cause and get your body moving. I know a lot of people who participate in the Chicago Lymphomathon

With Small Business Saturday on November 30, I wanted to showcase some great small businesses doing their part to support to your health and well being. The first feature in the series is a post

I have never been to a Tropical Smoothie Cafe nor is there one near me, but when an organization holds a National Flip Flop Day where proceeds benefit a camp for children with life-threatening illnesses,